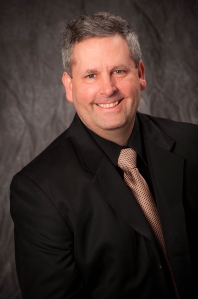 The Minnesota Conference extended an invitation to Dwayne Mauk to serve as the Vice President for Finance in their September 20, 2016 Board of Trustees. Currently, Dwayne has been serving as the Associate Treasurer in the Minnesota Conference under Reggie Leach. By this vote the Conference Board voted unanimously to continue with a fiscally conservative nature in the Treasury department.

Dwayne was born and raised in Oregon. He worked as a volunteer at the Pine Ridge SDA Mission in Pine Ridge, SD from 1984 – 1995.  He then worked for the Dakota Conference from 1995 – 1998, first as a Junior Accountant and then, the last year as the Accountant.  In 1998 he accepted a call to serve as Vice President for Finance for Dakota Adventist Academy. He served from 1998 – 2005.  In 2005 he moved to work with Christian Record Services, in Lincoln, NE, as Assistant Treasurer from 2005 – 2007.  While at Christian Record Services, he met Melisa Welch whom he married on June 1, 2007, after having accepted a call to the Minnesota Conference, where he has worked first as Assistant Treasurer and then as Associate Treasurer. 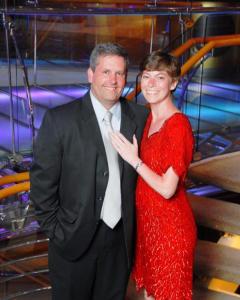 In talking with both Dwayne and Melisa one feels their passion for the people in the State of Minnesota. Dwayne says “I strongly believe that if we do our job right, then it makes it easier for the people in the field to do their job right.” He is right, we have seen God’s moving in the Minnesota Conference.  “It is both humbling and awe-inspiring to see such a diverse conference moving forward toward Heaven as one.”

Dwayne’s wife Melisa, works in the Conference office as an Administrative Assistant to the Education Director and Ministerial Department. She also helps with the Communication Department. We wish Dwayne all the best in this new role!